Did you know that 30% of the youth in the US and the UK want to be YouTubers instead of teachers, athletes, or astronauts? Social media has created a new type of job and celebrity that we call influencers. People—especially millennials and Gen Z—trust influencers over brands as they form a closer relationship with their audience. This is one of the reasons brands often partner with influencers.

Influencers are a part of the greater creator economy. Today, there are more than 50 million people who consider themselves a creator, 2 million of them being full-time and professional creators. Although social media is a big part of it, it’s not the only thing that makes up the creator economy.

In 2022, creators have the possibility of reaching a wide audience by utilizing different platforms.

What is the creator economy?

The creator economy consists of businesses built by creators. These businesses can be social media accounts, online communities, podcasts, and more. According to SignalFire, the most common creator economy trends are monetizing an audience through different channels, creators founding their own businesses, and creators gaining authority in the media.

Creator economy jobs are great examples of location-independent jobs. As entrepreneurs, creators can choose if they want to work from home, adopt a digital nomad lifestyle, or work from anywhere.

Here are some of the most popular remote creator economy jobs in 2022 and what they consist of:

In Marketing, influencers are described as people who have a distinct following and who can convince others to take a specific action, such as making a purchase. By creating an audience and a community on social media, influencers build trust with their followers. Many influencers are active on one or more popular social media platforms such as Instagram, TikTok, YouTube, LinkedIn, and Twitter.

In most cases, having an engaged community counts more than the follower count. Influencers can monetize their audience through brand partnerships, affiliate marketing, sponsored posts, advertising, and selling products.

Bloggers write content in the form of blog posts and articles, usually on a specific niche. They can build traffic to their site through search engines, social media, and newsletters.

Once a blogger has quality content and a set audience, they have several options to monetize it, such as advertising, affiliate marketing, writing blogs for other websites, and writing sponsored blog posts.

A vlog is a portmanteau that combines the words video and blog. Simply put, a vlog is a blog that uses video as the source of content.

Vloggers create content in videos and publish them on their websites, social media channels, communities, or other platforms such as YouTube. Just like blogging, they can monetize it through advertisements, affiliate marketing, and sponsored vlogs. They can also produce video content for other businesses.

Podcasts are audio productions where the host talks about a specific subject, a variety of different topics, or interviews relevant people that align with their interests. Platforms such as Spotify, Audible, Google Podcasts, and Apple Podcasts can help podcasters reach a wider audience. Once a podcaster has a solid following, they can choose to monetize it through paid audio ads or other kinds of paid endorsements.

Thanks to the creator economy, independent publishers can create content and publish them without needing to know anyone within the writing or publishing industry. For example, it takes five minutes to self-publish a book on Amazon Kindle.

There are many other popular platforms as well, such as Ghost, Substack, and Medium that help creators run their businesses, create newsletters, write long-form stories and monetize their audience through subscriptions or paid ads.

There are many marketplaces for creators to sell their physical or digital products. In 2022, everyone has a chance to showcase their work and reach an international audience.

Let’s say that you’re an SEO expert. You can create a course on Teachable, Udemy or Skillshare to sell it to people from all over the world. Or if you’re a guitar teacher, you can create a beginner or intermediate video instruction class on Pickup Music and make money when people take your online lessons. These are examples of digital products.

If you create your own jewelry and sell on Etsy, or alter and sell clothes on Depop, these are physical products.

Both are excellent options for people who are creative within a certain field of study or craft.

This is a big one for the creator economy which has grown exponentially over the past decade. There are now over 3 billion gamers in the world and some of them are out there gaming for a living. In the growing e-sports industry, many players compete against others and are paid to perform well during the games. Gamers can make money through live streams on platforms like Twitch, sponsorships, and tournaments.

No matter what you do, in the creator economy, there is always a way to share what you do and get people to support you. Platforms such as Patreon, Ko-Fi, and Buy Me a Coffee help creators monetize their audience and create a connection between their supporters.

On these platforms, creators can form different levels of paid subscriptions and offer extra content for each tier. For example, let’s say that there’s a comic book writer and illustrator who created two different tiers of premium content on Patreon. The first tier is the cheaper one and the members get to see the new comic a week earlier than everyone. The second tier is more expensive and besides the benefits of the first tier, it has access to a monthly live stream with the comic book writer. The fans can subscribe either to the first one or the second one and they would be charged a monthly subscription fee. This is just an example—it’s all up to the creator how to organize it. They’re the boss after all!

The creator economy is booming

There are more and more creators every day as well as more companies that focus on making creators’ lives easier. One of the top perks of being a creator is that you have the freedom and flexibility to run your own schedule. Right now is the best time to become a creator and to put the cherry on top, you can work from anywhere, as long as you have the necessary digital tools, a workspace, and a high-speed internet connection. So, what will you create?

Where to next? Find monthly rentals designed for remote workers and creators on Anyplace.

Yaren, a freelance writer from Cyprus, writes about travel, food, culture, and more. She is also a serial expat who has lived in five different countries and speaks four languages. 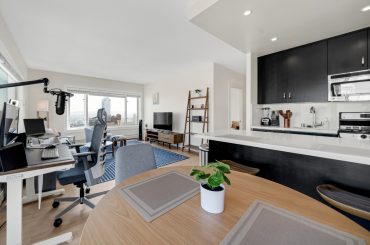 What is an Executive Apartment? 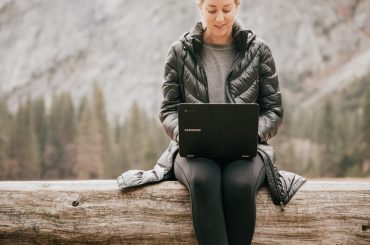 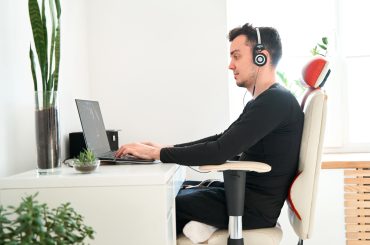 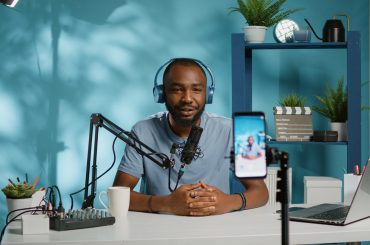